Ha Long Bay one of world's most photographed cruise destinations

British magazine Woman and Home labeled Ha Long Bay one of the most mentioned global cruise destinations on Instagram.

Based on analyzing two million photos taken on various cruise ships around the world and posted on the photo sharing network, the weekly lifestyle magazine said Ha Long Bay is one of the world’s five most picturesque cruise destinations.

"There’s no sight quite like the towering karst rock formations of Ha Long Bay in Vietnam. Legend has it that this unusual landscape was created by emerald-spitting dragons during a fierce battle against the country’s enemies," the magazine said.

Woman and Home advised vacationers to explore its many caves and swim in its warm waters after taking a traditional junkcruise from the mainland, and make sure to stay overnight to watch the spectacular sunrise or sunset.

The most popular time for a cruise is in July-August. 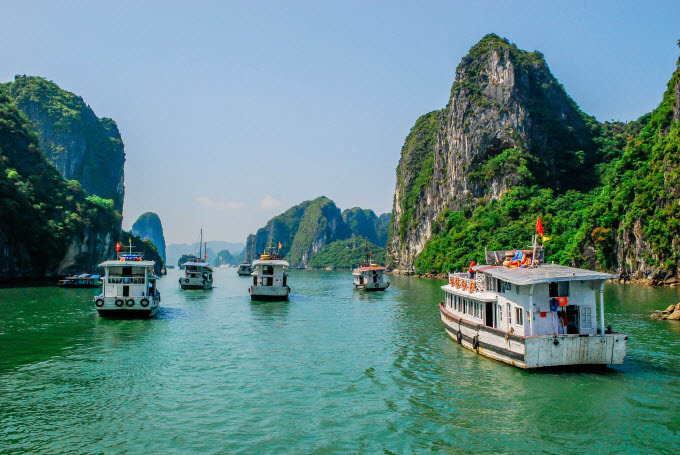 The list of other most scenic cruise destinations includes Dubrovnik in Croatia, the Maldives and Santorini Island in Greece.

Last year Ha Long Bay, in Quang Ninh Province, northern Vietnam, made it into the top 15 Instagrammed global cruise destinations based on a survey of 1.8 million posts tagged on various ships and ports by travel cruise site SeaHub.

Recent events that have heightened the bay’s attraction include the filming of "Kong: Skull Island", a Hollywood blockbuster in 2017; and the launch of Vietnam's first private airport Van Don International Airport late last year, providing foreign tourists with easier access.

Since its recognition as a UNESCO natural world heritage in 1994, Ha Long Bay has entrenched itself on the global tourism map, receiving rave reviews from travel bloggers and filmmakers for its emerald green waters and towering limestone islands topped by forests.