When Da Lat gets clouded, the view gets heavenly

It is cloud hunting season in Da Lat now, and  photographers gather in droves to shoot them. 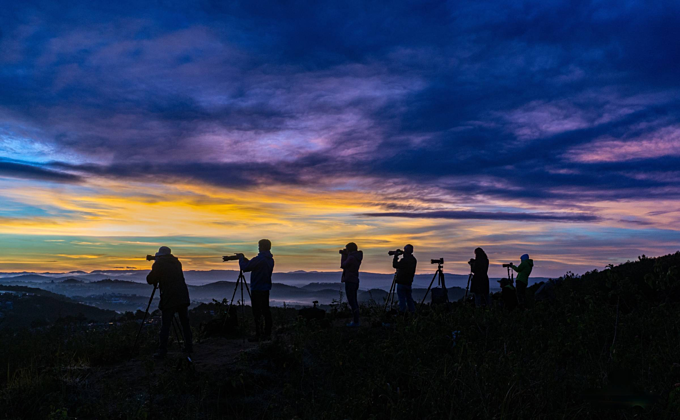 Photographers go to some trouble, hauling their equipment to mountaintops before daybreak to get the best shots. The Central Highlands town of Da Lat in Lam Dong Province boasts a year-round cool climate rarely found in a tropical country like Vietnam. It was once a summer hideout for French officials during the colonial time who built villas in the hills to escape the heat and humidity of the lowlands.

From April to June the town is at its mystical best, when thick clouds and fog envelop mountaintops and valleys, and begin dispersing in dreamy fashion as the sun comes up.

However, to catch a glimpse of the heavenly landscapes, one has to be on the mountain at the right time of the day during the right season. 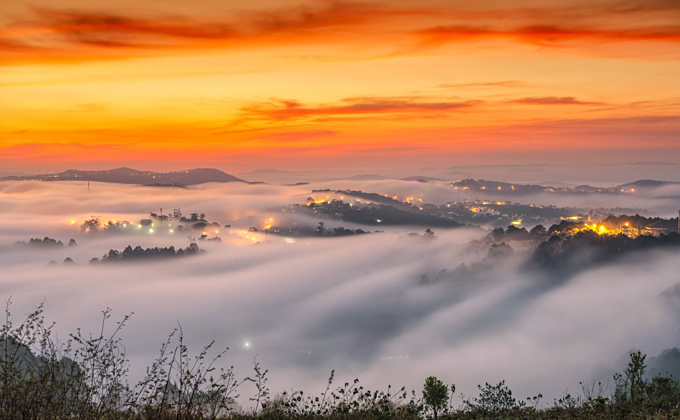 Photography enthusiasts get up well before daybreak and make their way up the Du Sinh Hill, around six kilometers from downtown Da Lat.

There, they wait patiently for nature to work its extraordinary magic. The road to reach the top of the hill is not easy, but all troubles are forgotten when the cloudy landscape stretches out in all its stunning beauty. 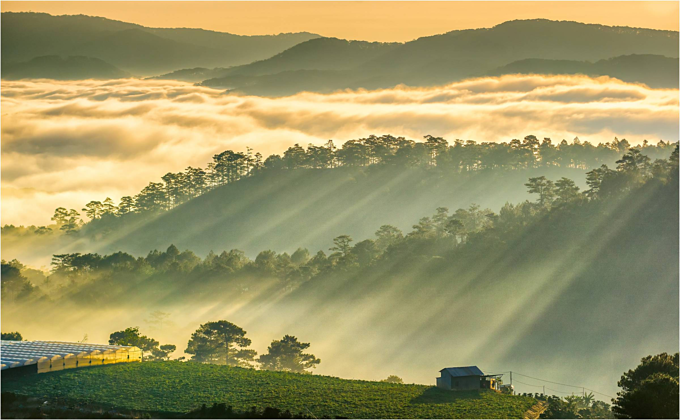 Tuy Son is still a lesser-known tourist destination in Da Lat, gaining word of mouth popularity among photographers in particular. 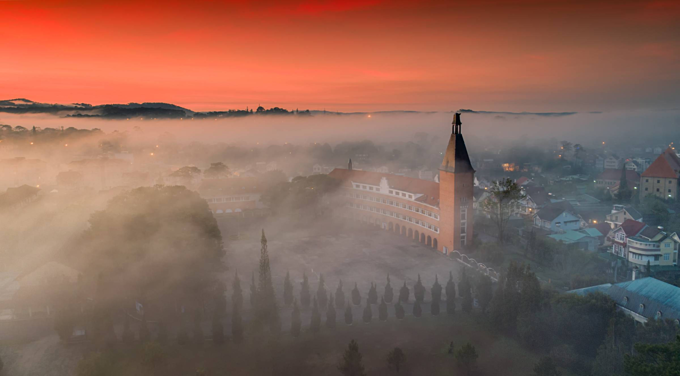 The panoramic view from the fourth floor of the building sweeps across tranquil lakes and green pine forests. 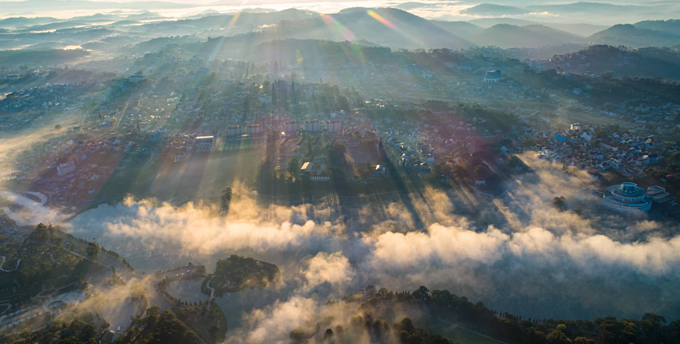 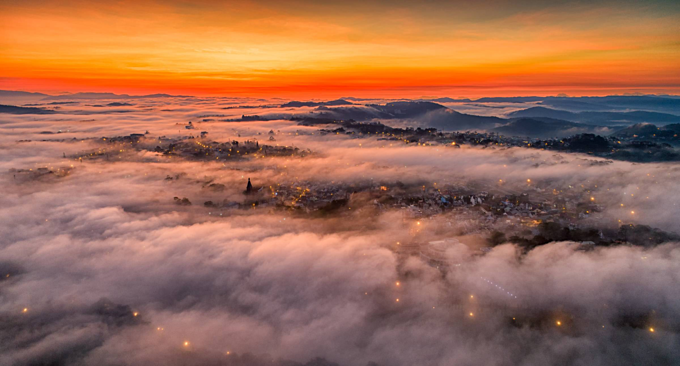 All of Da Lat’s nicknames - Little Paris, the city of eternal spring, the city of flowers and the city of love – do not match the beauty of the town smothered in clouds at dawn.

The New York Times named Da Lat among the world’s 52 must-visit places in 2016 while TripAdvisor readers ranked it in the top 10 list of rising destinations in Asia. 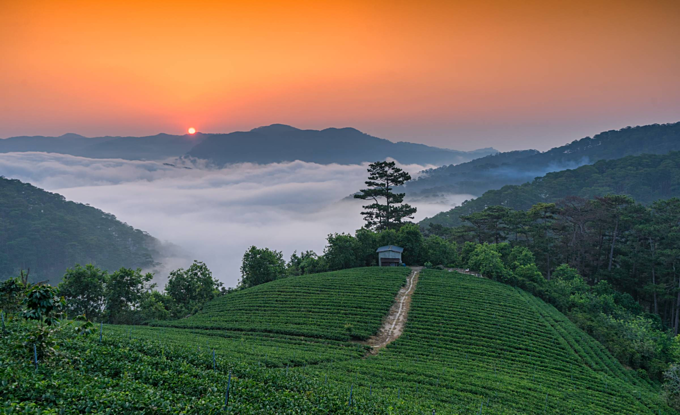 Around 20 kilometers to the southeast of downtown Da Lat, the Cau Dat tea plantation, where the Vietnamese tea industry originated, has become a highly Instagrammable destination.

Photographers recommend that early morning is the best time to gaze on the tea estate. 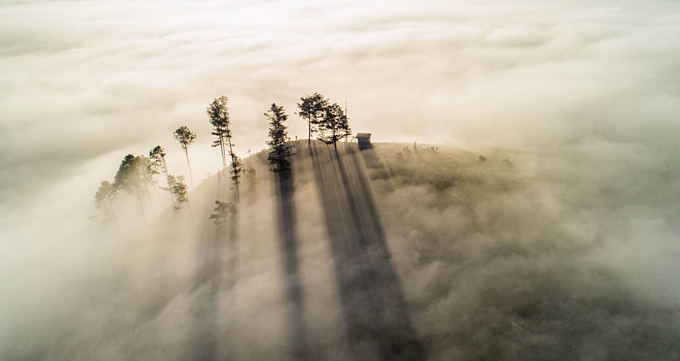 Dasar Valley, located in the hills on the outskirts of Lac Duong District, 20 kilometers north of Da Lat, is another cloud hunting spot. 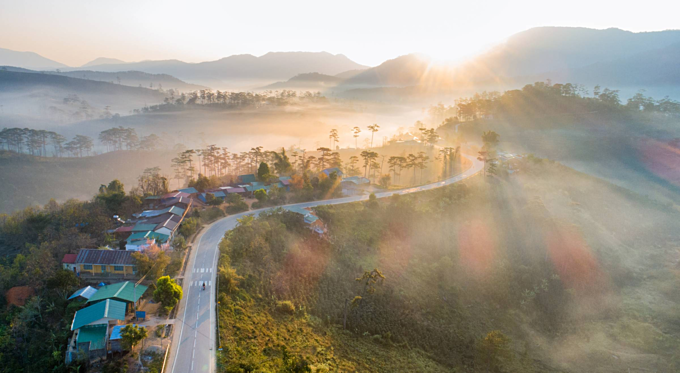 The misty enchantment of K’Long K’Lanh Pass, which connects the Central Highlands town with the beach town of Nha Trang in central Vietnam. To catch such scenes, depart from Da Lat at 4:30 a.m. 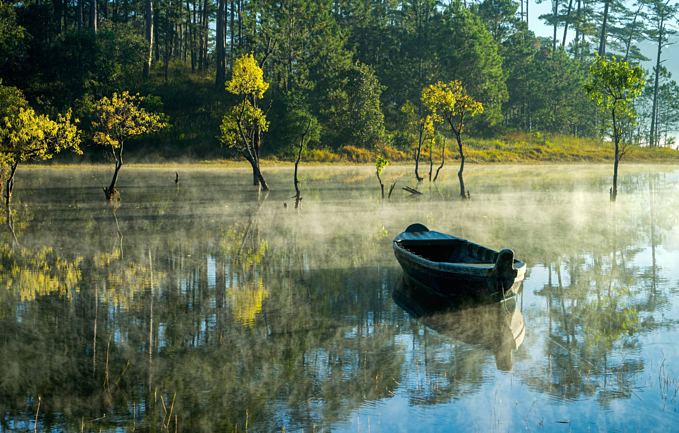 Around six kilometers to the south of downtown Da Lat, the Tuyen Lam Lake is among the best places to capture stunning misty mornings. Many photos of this landscape have been featured in the U.S.-based Natgeo magazine.